How I was Introduced to Social Justice Ideology (Part 2) 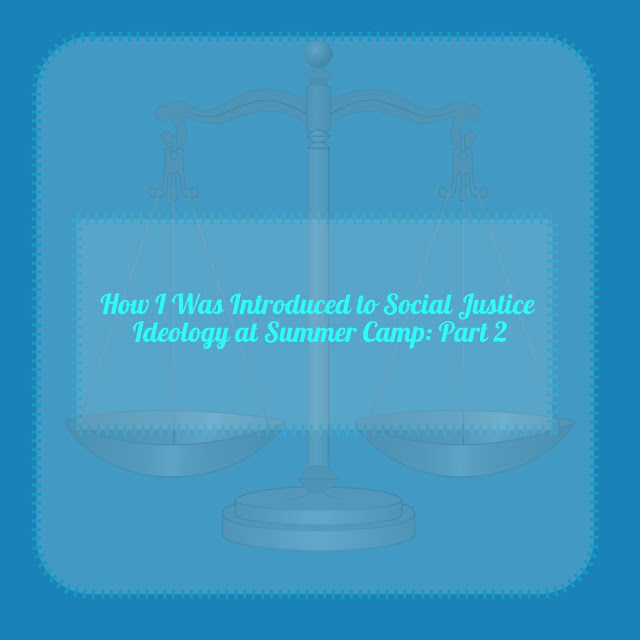 We sat in a room with big poster paper in the front. The counselor told us to yell out typical characteristics/traits of men. "Strong!" "Men don't Cry!" "Macho!" were among the many phrases shared. The counselor then put a box around the group of phrases, and asked us to yell out characteristics/traits men are expected not to have. Phrases ranged from "gay" to "wear pink." The counselors then explained that within our society gender is a "social construct"; that boys and men are expected to act masculine and are therefore placed in a "box", like the one we saw on the poster board. We were taught how damaging this social construct is, and that gender is more of a spectrum than a set of rigid expectations. We repeated the activity for women. These "boxes" were explained as negative, that these beliefs led to homophobic thoughts, which could lead to homophobic words, and actions (violence).
There were many other activities like this which caused me to rethink EVERYTHING. I began to question things that I thought were true. I was raised in a Christian home, in a conservative family. So how could I reconcile what I was being taught at camp with what I believed?
Essentially, I had to separate the two. I held on to the tenants of Christianity that could easily be adopted by Social Justice Ideology; beliefs like “treat others as you would want to be treated,” “do not judge”, “be the change you want to see in the world (oh wait, that’s not from the Bible...but you get the point). I labeled myself a Christian but in practice I wasn't. A Christian’s mission should be to share the good news of the Gospel. My mission was to share the “truths” of America’s racism, sexism, and homophobia. I also loved to tell other people about their privilege on Tumblr threads and Facebook posts. The greatest sin was no longer my sin against Christ, it was the sins of those who are privileged against those who are oppressed.
It's impossible to adopt social justice ideology without twisting biblical truth. I've already addressed the sin of partiality that social justice ideology is rooted in (check out part 1 of this series).
Racism
There is a pervasive view in social justice ideology that only white people can be racist. Because they define racism as "prejudice + power" and state that black people (or people of color) cannot hold power, this means that people of color do not have the ability to be racist. This is false. While many agree with this "nuanced" definition of racism, it is a newer definition (created in the 1970s). Racism simply means to believe that one race is superior/inferior to another race. This is a heart issue. Believing that your race is better than other races is a sin issue (pride). Any one, of any race/ethnicity, can be racist. All racists will be held liable to God for their thoughts, words, and actions.
Heavy on the Works
Social Justice Ideology functions as a works-based religion. Those who are part of the privileged class are perpetually repenting of their privilege. Acknowledging that privilege isn't enough. You must always find ways to give up your privilege to those who are unprivileged, whether that be your money, your time, your voice, or your space (figuratively and literally). And the goal post of forgiveness is always shifting.  Read any anti-racist book (like White Fragility) and see how the work of repenting of your privilege is never ending. But according to God, all of our works, our righteous deeds, are like filthy rags (Isaiah 64:6)! There is nothing we can do (giving money to others, putting people of color on our platforms, repenting of your whiteness) to earn God's forgiveness. When Christ died on the cross, he atoned for our sins. The work is finished in HIM! There is nothing we can do to earn salvation.
Social justice ideology pins sin on particular groups of people. The Bible states that "all have sinned and fall short of the glory of God” (Romans 2:23). Social Justice Ideology focuses on the horizontal direction of sin (person-to-person, systems-to-people) while ignoring the vertical direction of sin (all people-to-God). This means that social justice ideology has its own god, which fashions its own list of morals and truths. Those morals and truths do not match up with what God has written in Scripture. In my next post I plan to discuss how social justice ideology calls good evil, and evil good and what implications that has for the Christian.
Do you agree that social justice ideology twists scripture? Are there other ways you've seen this ideology twist scripture? Or do you think Christianity and Social Justice Ideology can work together?
Look out for Part 3 coming soon!
at February 18, 2021 No comments:
Email ThisBlogThis!Share to TwitterShare to FacebookShare to Pinterest
Labels: christ, feminism 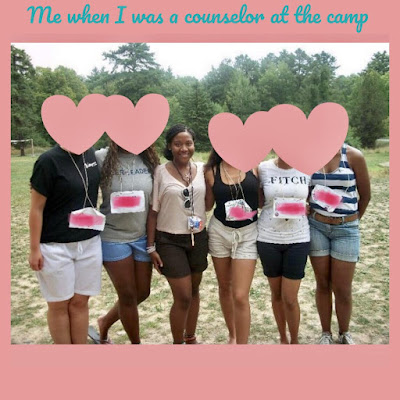 Just a few days at this camp changed the way I viewed the world and those around me. In this post, I'll go over some of the activities we did which led to me adopting a social justice ideology.
The first morning of camp was amazing! We learned new (and some familiar) songs and got to know who our group leader and group mates were. Each group was a mix of students from different high schools so it was nice to feel connected to teens all over NJ. Even though I was quite shy I always did well in smaller groups, and I enjoyed getting to know my groupmates. The counselors did a great job making us all feel like a family...on the very first day! Then we did our first activity.
The Privilege Line
We were told to line up in a straight line across the field and to move forward or backward according to the statements read aloud. We were to keep quiet for the entire activity. "Take a step forward if you can turn on the TV and know that you will see people who look like you." "Take a step forward if you can buy a bandaid in your skin tone." "Take two steps back if you can't openly show affection to your significant other." Statements continued in this fashion for a while with my campmates moving, or standing still, with each statement. The statements seemed to focus on race, sexuality, religion, and other aspects of life many of us didn't understand at the time. Toward the middle of the activity, as my campmates and I looked around, it became clear what was happening. The atmosphere started to shift. Things got tense. There was a clear divide that was starting to show--more white faces toward the front, and black faces toward the back. People were visibly angry. I was burning hot with anxiety and other feelings.
At the end of the activity it was explained to us that this is what privilege looks like. Through no fault or attempt of our own those in the front had these privileges because they were white, male, heterosexual, and/or Christian--they were part of the dominant culture. And those of us who were toward the back were there because we weren't part of the dominant culture. While we all felt like family just moments before the activity, division was quickly sown. I remember boys and girls, both white and black, vehemently disagreeing with what they were being told and the counselors either offering an explanation against the disagreement or encouraging them to bring up their feelings in their small group.
In my small group, privilege was further explained and I felt like a veil was lifted from my eyes. I learned that because I'm black there are advantages that would not be afforded to me. And that being a black woman could be a disadvantage and would count against me. I learned that some of my white campmates were experiencing feelings of anger as a result of their privilege. While all along they thought that they (and their parents) worked hard for the advantages they had, what was really working for them was their privilege. They didn't do a thing to earn what they have and, if they were black, they wouldn't actually be where they were in life.
While, at the time, I felt a veil was being lifted from my eyes, I was really having a veil pulled over them. This veil worked as a filter in which I viewed nearly everything. I adopted Social Justice as my ideology. My understanding and allegiance to this ideology grew throughout my time at camp and involvement with the organization.
Another activity (focused on Intersectionality--how our identities interact with each other and society) helped me see the world through my varying identities. I no longer saw the world as Joanne. I saw the world as a black, woman, who also happened to be a Christian. I don't remember how I prioritized these identities, but I remember feeling as if being black was the most salient one. And this, at its core, is the issue with adopting Social Justice as a Christian. One of these "identities," one of these worldviews, will have to bow to the other.
Read Part 2 here.
at February 18, 2021 No comments:
Email ThisBlogThis!Share to TwitterShare to FacebookShare to Pinterest
Labels: christ, feminism
Newer Posts Older Posts Home
Subscribe to: Posts (Atom)